Red Sox pitcher Joe Kelly said it was one of the "funniest, coolest and randomest" baseball stories he's ever been part of. It all went down at Boston's Fenway Park last week, and this is what happened… 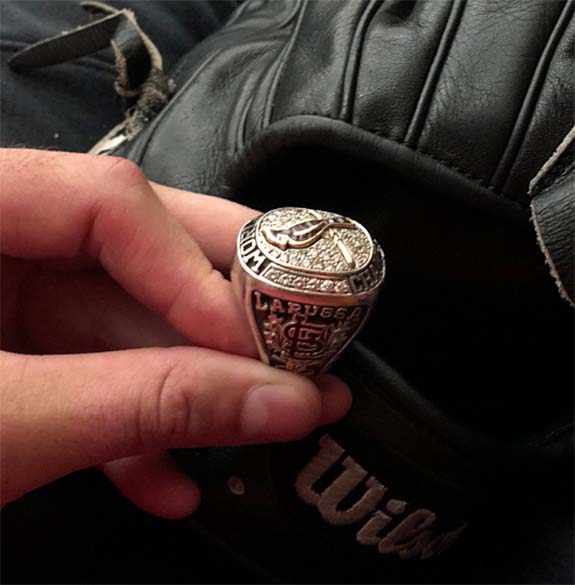 Tony La Russa, who owns three World Series rings and happened to be wearing one of them during Thursday night's Red Sox game, was asked to catch the ceremonial first pitch.

The Hall of Fame manager is now a special assistant with the Red Sox and was ill-prepared to catch the toss from his former boss, the 88-year-old Roland Hemond. All La Russa had available, according to Kelly, was an old pancake glove with no pocket. It looked like a vintage mitt from 1905. 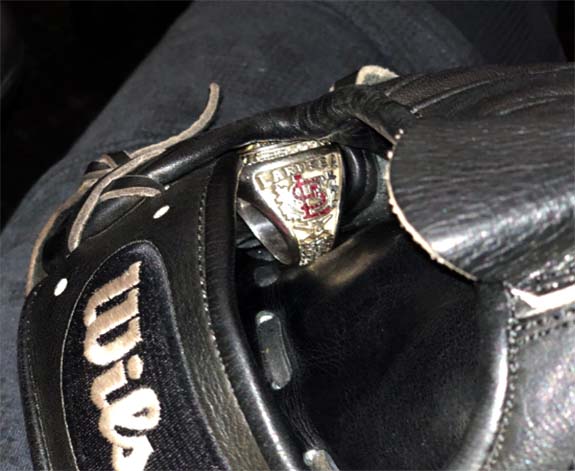 So La Russa, now 73, asked the 30-year-old Kelly if he could borrow a mitt for the ceremony. Kelly agreed, the ceremony went off without a hitch and, soon after, the Red Sox pitcher noticed that his glove was returned to his locker.

What Kelly didn't know was that La Russa was in a panic. Somehow, he had misplaced his 2011 World Series ring and had no idea where it could have fallen off. He told the clubhouse attendants to keep their eyes peeled.

The next day, during a pre-game warmup, Kelly grabbed the glove that La Russa had borrowed and ran out to the field to loosen up his arm.

"I stuck my hand it in and my [pinky] got stuck," the right-handed reliever told WEEIradio.com. "It jammed my pinky. I pulled it out right away because it hurt. I thought someone put seeds in my glove to mess with me. But then I looked and I was like, ‘What the [heck] is this?’ I spread my glove open and there it was: Tony’s World Series ring. At first I thought it was a joke, but then 10 seconds later I realized you don’t joke around with something like that. It probably means a lot to him so I don’t think he would joke with something that was [worth] $50,000."

Kelly has his own theory on how the World Series ring got stuck in the pinky slot of his mitt. He believes that La Russa switched the ring from his ring finger to his pinky finger prior to catching the ceremonial first pitch because the massive World Series bling wouldn't fit in the ring finger slot of his glove. Baseball mitts are designed with a bigger pinky slot, which gave him just enough room to fit the ring.

When La Russa pulled off the mitt, the ring stayed where it was.

With the World Series ring in his possession, Kelly decided to have some fun on social media, hinting with a hashtag that he intended to demand a $1 trillion ransom.

He posted a series of photos to Twitter, along with this caption: "Hey @TonyLaRussa I might have something you are looking for… thanks for using my glove during the first pitch ceremony #finderskeepers #findersfee #trilliondollars @RedSox @Cardinals

Kelly, who has a reputation for being a jokester, called the La Russa incident "one of funniest, coolest and randomest baseball stories I've ever been a part of."